A Year In Review by Looking at Data

The following is an analysis of various sources of data matched up with my four daily life goals: Create, Relax, Love, and Health. The data sources include blogs, Twitter, Loseit, Omnifocus, my own life goal spreadsheets, photos, Steam, Gmail, the Happiness iPhone app, and Amazon. You can also check out my 2012 Personal Year in Review or see the work that heavily influenced this report in Nicholas Felton's annual reports.

Photos Taken in the World Photos taken in the Outer Banks Over 2013 I made the mistake of switching my goals and systems to track them multiple times. This made it impossible to do a clear comparison across the whole year. If one is going to capture data like this throughout a year, choose one system and stick to it for a whole year.

Using a single to-do application, like Omnifocus, that tags actions to larger goals and exports to CSV is a great way to match daily actions against overall life goals. It isn't perfect or complete but it offers some potentially interesting views. The more a to-do system like this is used across one's whole life, the better an analysis we can do at the end of the year. 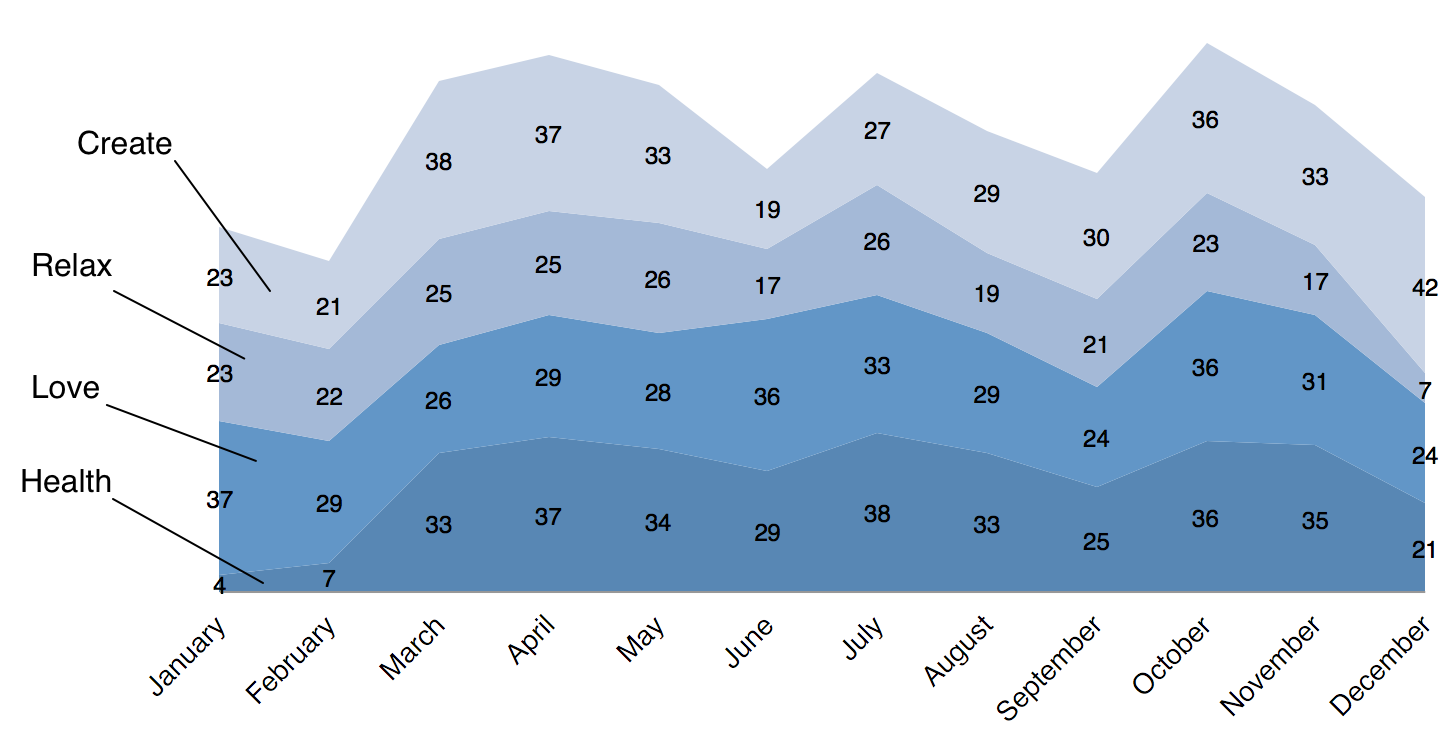 Actions completed by Life Goal and Hour of the Day 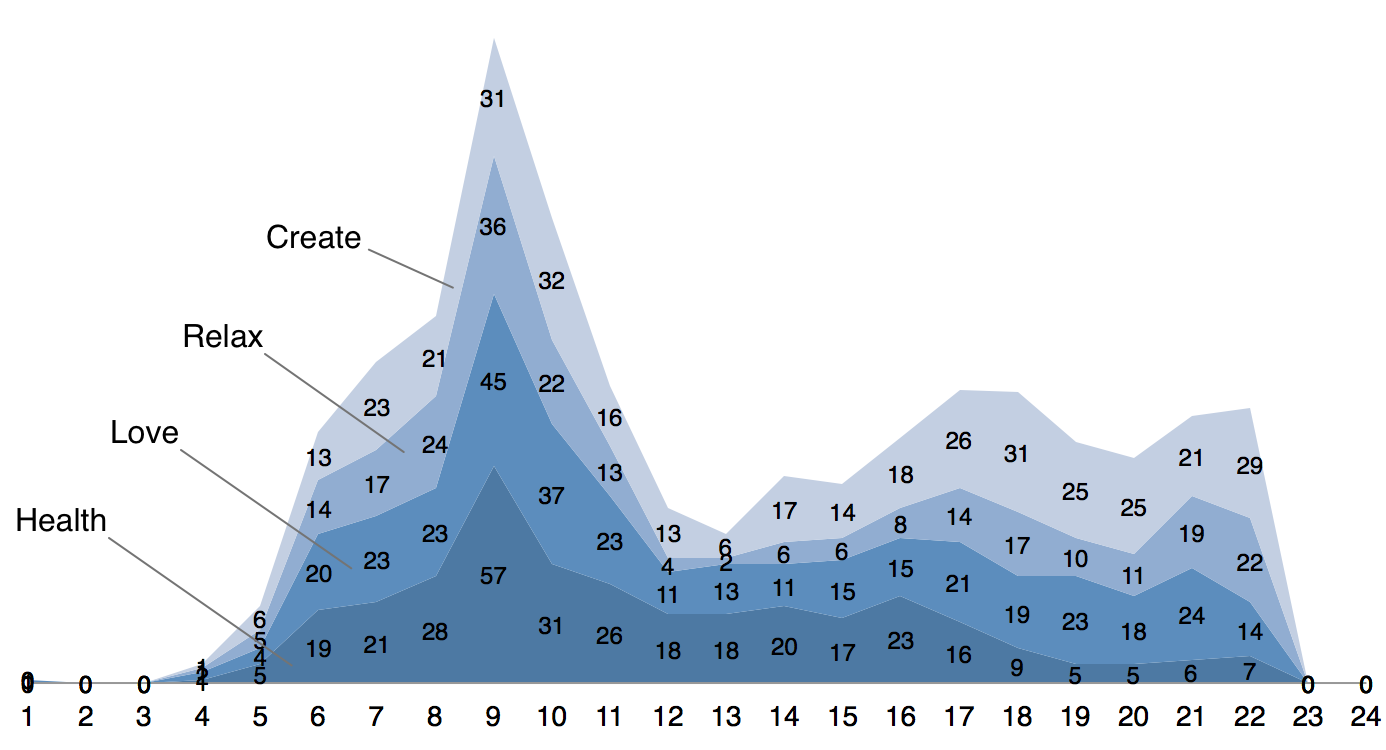 Actions by Time of Day and Month 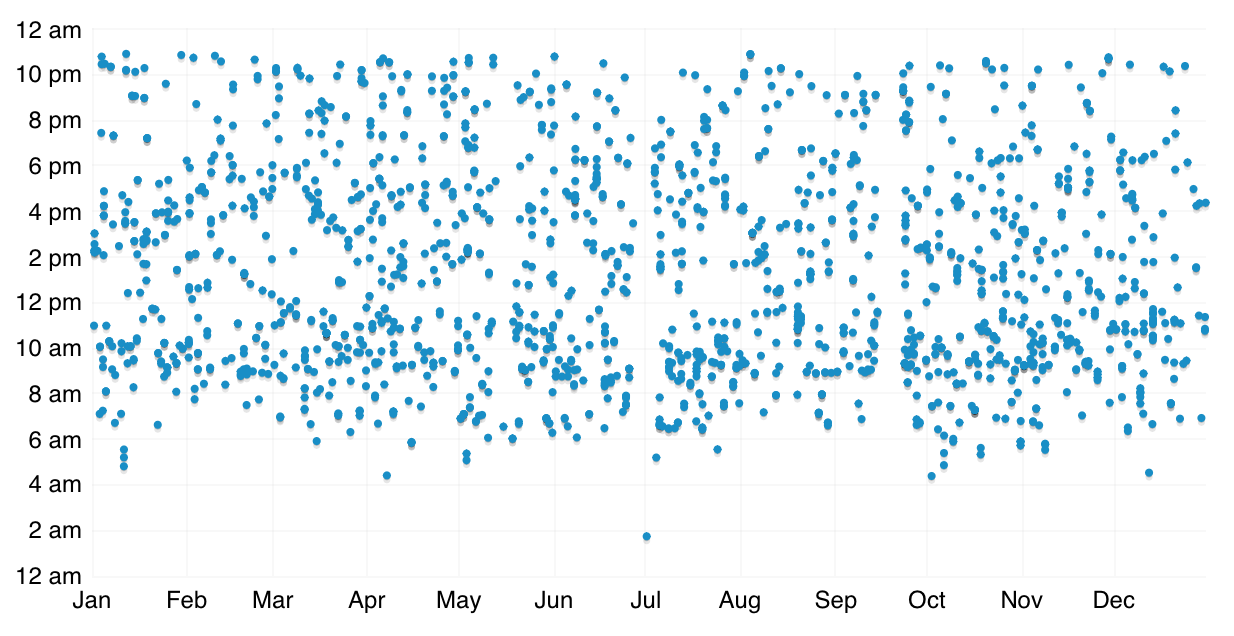 Performing an analysis like this has a few potential benefits:

Because of the success in analyzing data in Omnifocus, I'm looking for more ways to use Omnifocus to track more activities. For example, rather than digging through calendars, I can track each D&D game I run as its own action. This means that sometimes I'll be writing an action and checking it off at the same time just to add a single datum into the Omnifocus pool.

I also wrote my own Lifetracker web-based mobile app to track the goals I have for 2014. I've made only one slight variation to the 2013 goals by adding "Befriend" back to the list. When I think about what is most important in my life, building and reinforcing the connections I have to my friends is extremely important. The Lifetracker helps me track the following elements:

This should give me a good set of data to analyze at the end of 2014.

When I look at my main goals I want to accomplish and habits I want to reinforce over 2014, it comes down to these top ten:

That covers all of my five main goals to Create, Relax, Love, Befriend, and Be Healthy. Other things like playing video games, watching great TV, and other existing habits are still in play, I just don't need to focus on them like I want to focus on these.